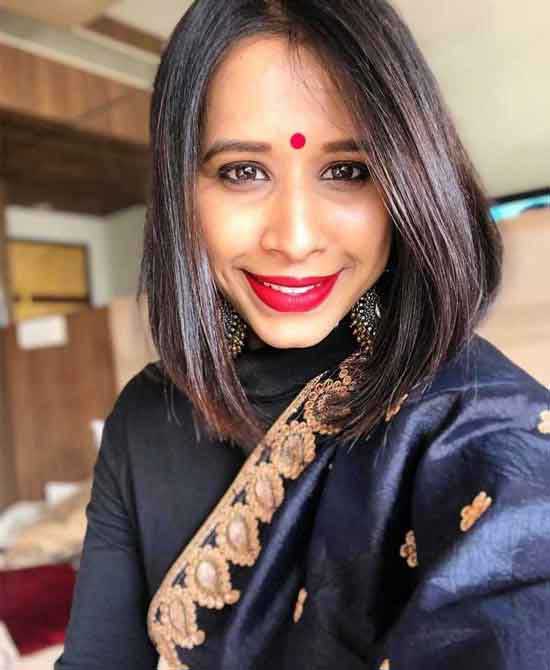 Shreya Bugde is a well-known name on a small screen and cinema specifically in the Marathi industry. She is a versatile Actress having a prompt comic timing.

She was born on 2nd February 1988 in Pune, Maharashtra.

She was brought up in the city of dreams Mumbai, Maharashtra.

She completed her schooling from St. Xavier’s High School and was further admitted in Mithibai College – Juhu, Mumbai. She did the advertising and PR course from Welingkar Institute.

Though being from a Maharashtrian family she fluently speaks English, Hindi, and Gujarati as well.

She has a sister whose name is Tejal Bugde-Mukherjee. There is no information available about her brother.

Nikhil Sheth is the Associate Creative Head of Zee Marathi. Nikhil and Shreya are both old friends and belong to the same hometown Pune.

‘Shreya Bugde’ was active in cultural programs right from her school days.

She started acting as a child artist for the famous Marathi play on child abuse – Vatevarti Kacha Ga, which performed around 275 shows.

Because of her fluency in languages other than Marathi she grabbed roles for herself in Hindi, Gujarati and English projects as well.

She started from the theater and is currently successful on Television. Her Television debut was in 2002 with Marathi serial Tu Tithe Me.

She has also worked in different short films.

She carries a vast experience as her career started at a very young age.

Her different characters are always applauded as she fits into it very well.

Shreya’s tattoos are much unique as she has a beautiful Mother Goddess tattoo on her nape and also she has recently inked her hand with a design that resembles equilibrium.

She is a style icon and loves to experiment with her style.

Check out Shreya giving tips for Healthy and Fashionable Summer.