Avantika Hundal is an Indian Actress who is active on Hindi Television and Punjabi Films.

She was born on 25th October 1992 in Mumbai, Maharashtra, Avantika Hundal age is 29 years.

She did her initial schooling from St. Louis Convent High School, Mumbai and further completed her Bachelors of Management Studies (BMS) from Mithibai College, Mumbai.

She was even active in curriculum activities during her college time.

She belongs to Sikh religion.

She has a sister named Faaya Hundal who is as beautiful as Avantika.

There is no information about her brother.

She is unmarried hence her husband name is not known.

Avantika Hundal and Arhaan Behll are rumoured of dating each other.

Arhaan Behll is her co-star from the serial Mann Kee Awaz Pratigya. Avantika and her boyfriend Arhaan’s relationship is not yet confirmed from their end. 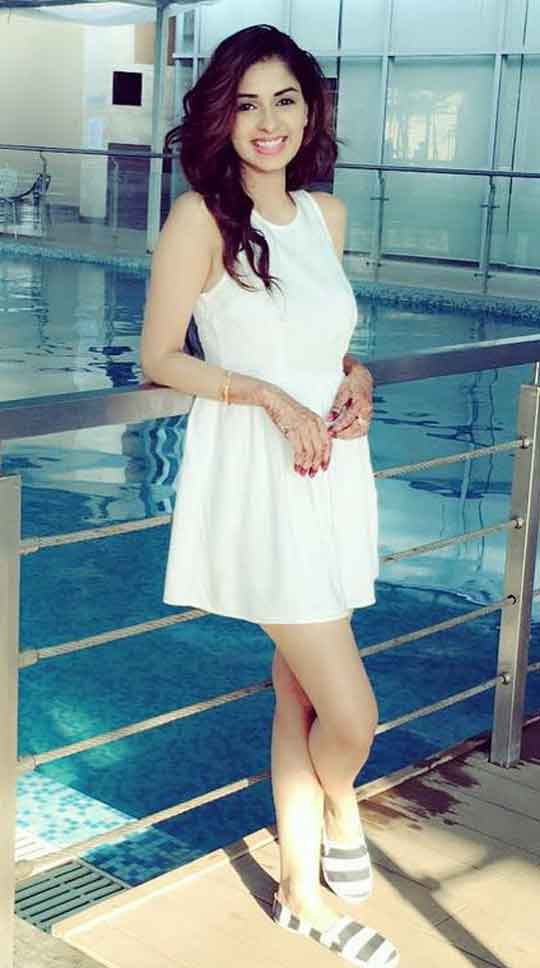 Avantika started her career from television.

She was first seen as the character of main lead’s sister.

Her debut television serial was Mann Kee Awaz Pratigya in the year 2009 which was telecasted on Star Plus.

Here she played the character of Aarushi Saxena who was lead character Pratigya’s younger sister.

She was portrayed to be romantic girl and fairy tale believer.

After this serial she was not seen on television for some time.

She then entered in Pollywood (Punjabi industry).

Her debut was with the Punjabi movie Burrahh in 2012 as Harman, which followed Rab Ton Sohna Ishq in 2013 as main lead character of Kiran.

Then after a leap of four years she returned back to Hindi Television with the serial Yeh Hai Mohabbatein in 2016.

She was a replacement of Actress Mihika Verma for the character of Mihika Iyer.

This currently telecasting show again gave her the recognition.

She had been casted in the bollywood movie Bachna Ae Haseeno in 2008 with the character of Mona (Minissha Lamba’s friend).

This is just the start of her career and we all are waiting to see more from her.