Angira Dhar is an Indian model, actress, and producer.

She completed her schooling from Kendriya Vidyalaya, IIT Powai.

Later she did her graduation from St. Xavier’s Institute of Communication, Mumbai. Angira Dhar Bengali girl has a stunning personality with a gorgeous face.

Her father name is Satish Dhar.

Her mother name is Suchitra Dhar.

She has a brother named Ishan Dhar.

There is no information about her sister.

Her cousins are Naina Dhar and Aakash Dhar (appeared in the Game movie).

She is unmarried and therefore her husband name is not available. She is not even dating anyone.

Angira Dhar began her career as an Associate Producer in the television and she has also worked as an Assistant Director before beginning her acting career.

Her TV production was started with Channel V. She learned key technical skills like writing scripts, editing and shooting, making her an all-round TV professional.

Her off-camera work gave her a chance to appear on camera for promos and shows, rather she focused on learning things. At that time she was offered the position of Anchor for the show Beg Borrow Steal by UTV Bindass. She accepted the same and this is how her onscreen presence started.

She made her Bollywood debut in 2013 with the film Ek Bura Aadmi. This movie starred Arunodaya Singh and Raghuvir Yadav.

Later in the year 2015, her real breakthrough lead role was with the web series Bang Baaja Baarat by Y Films. This web series was hit where she played the role of a young independent girl who decides to get married with an elaborate wedding. This was so popular that it got back for a second season where she reprised her role.

Check out the episode of Bang Baaja Baaraat. See video

In the year 2018, she was casted as the female lead for the first film directed by Anand Tiwari under RSVP (Ronnie Screwvala production). This movie name was Love per square foot where she acted opposite to Actor Vicky Kaushal.

Apart from all this, she has also been a part of several advertisement commercials. Specifically, Angira Dhar in Cadbury Silk ad became very popular.

Some other advertisements which included her presence are given below.

Dhar with her acting skills would be soon seen in many new projects. 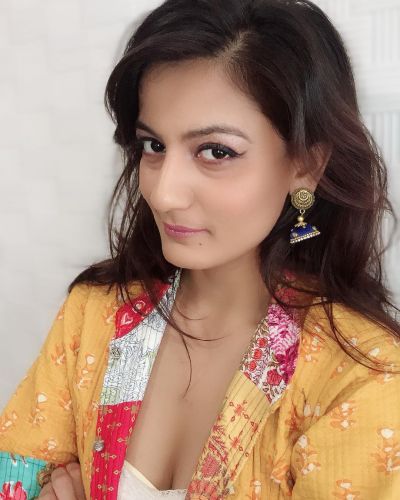