Anas Rashid is a well-known and popular Indian actor who works in television programs and soap operas.

He belongs to a conservative Muslim family.

He completed his schooling from Urdu medium School and has further done his post graduation in Psychology.

Anas is also a trained singer.

He is fluent in Urdu, Arabic and Persian languages.

His father and mother name is not known.

He has two brothers and two sisters. Anas is eldest amongst all. One of his brother’s name is Haris Rashid.

She worked as a corporate professional but left her job post marriage.

He always wanted to marry traditional girl who can stay at home and take care of his parents.

Anas rashid marriage took place on 9th September 2017.It was an arrange marriage.

His daughter name is Aayat.

Previously it was said that Anas Rashid and Rati Pandey were supposedly to get married but due to their busy schedule they could not take time off for each other.

Anas hails from a television background as his first cousins Mohammad Nazim and Ather Habib are well known actors in TV shows.

Anas made his screen debut with the Star plus drama Kahiin To Hoga with the role of Kartik Ahluwalia.

He further featured in a supporting role in Aise Karo Naa Vidaa.

He worked as main lead in Diya Aur Baati Hum. His played the role of Sooraj Rathi an uneducated sweet seller who marries well educated women.

He worked alongside Deepika Singh in the serial.

He also did his singing debut with one of the series song.

His appearance in the serial gave him worldwide recognition as it was amongst the highest rated indian television serial.

Anas Rashid new show is always something fans are waiting for. His television work is listed under.

Because of his remarkable acting he has acquired number of awards.

Some of which are listed below. 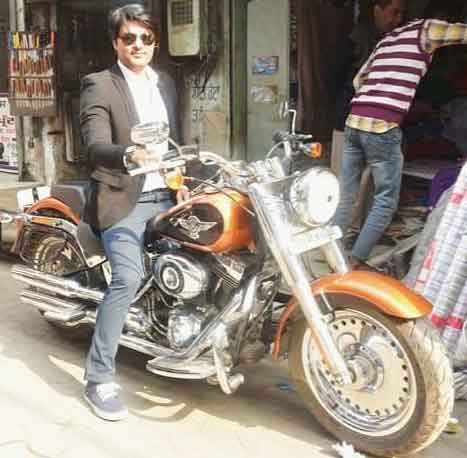